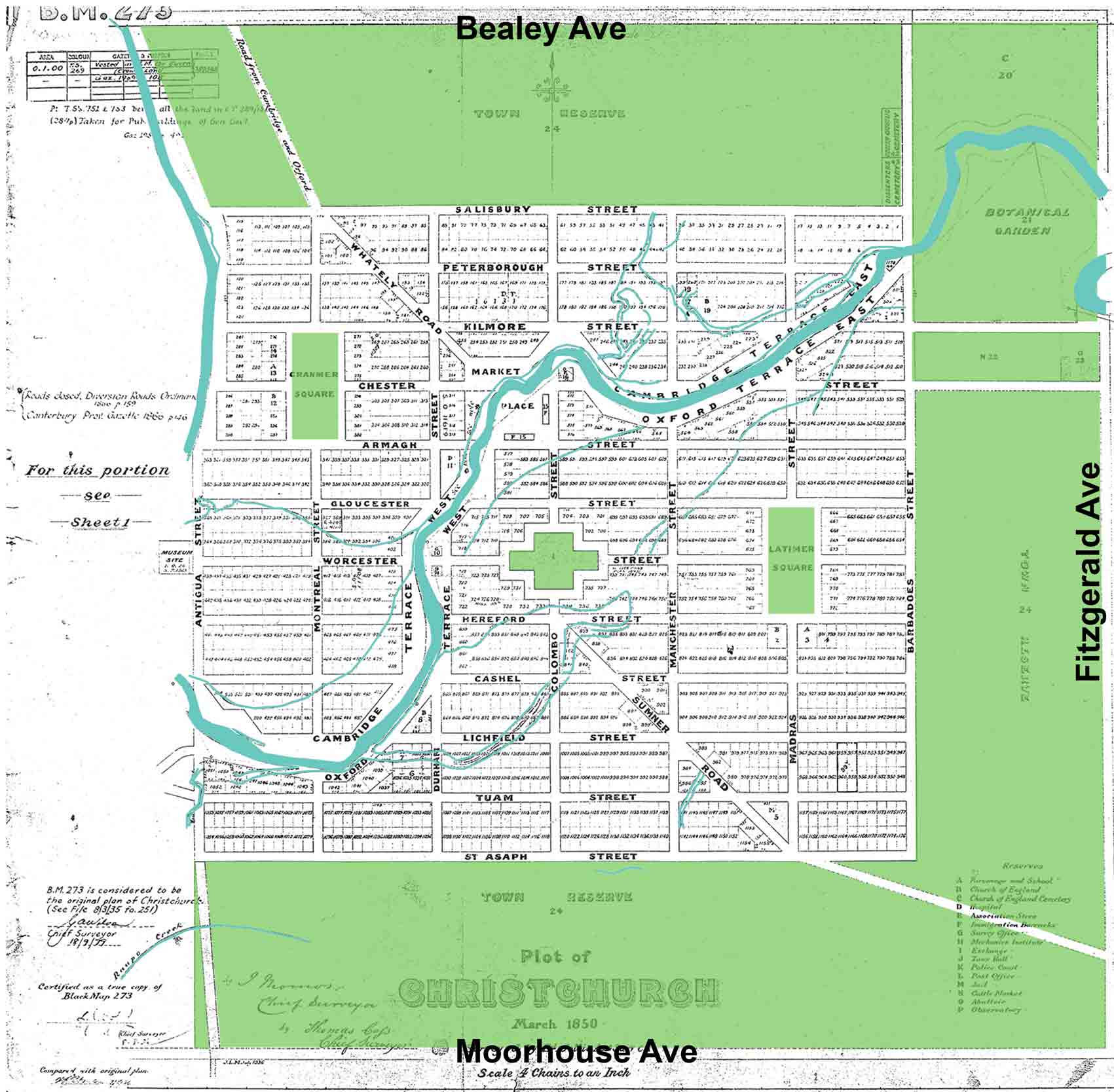 Christchurch’s earthquake-battered central business district (CBD) should not be rebuilt back to what it was before February 22, one of New Zealand’s leading landscape architects Di Lucas said today.

First, city planners and rebuilders need to better respect the natural under-layers to the city, she said.

Lucas reviewed 1850s maps of Christchurch showing wetlands and streams through the city and was little surprised there was so much damage. Liquefaction mapping was predicted, and has occurred on areas with high water table and estuarine sands, and the existing and former natural levees along watercourses have exploded.

`` Fifty percent of buildings in the CBD will likely disappear because of the earthquake. The old maps show some were built above streams apparent at that time. The 1850 mapping suggests the PGG building which collapsed in February was likely built on a levee of silt. The land surface of Christchurch is deceptive, as it was a dynamic plains system,’’ she said.

``About 15 years ago I observed the native forest that had been smashed and buried by Waimakariri floods beneath the Convention Centre site. It reminded me that there is a ‘club sandwich’ of layers of activity under the city. Whilst solid above, old buried layers have liquefied and been extruded by the earthquakes. The land surface has been lowered as a consequence.’’

Lucas, a former president of the NZ Institute of Landscape Architects, said the centre should be rebuilt with recognition of natural systems under the city, and respect and respond to them, not ignore them. It is not only liquefaction risks that need to be considered. The city council just recently formalised flood management planning to address sea level rise, but that regime now needs to be refined as land surfaces have changed and other waterways also need to be recognised.  Lucas was an advisor on the city’s waterway restoration and the city became known as a world leader on the topic. But the job has only been half done and needs to be a major consideration in planning the city’s renewal.

Natural corridors forming substantial greenways along at-risk waterway lands should be formed in the CBD and beyond, providing pedestrian and cycle movement, recreation, ecosystem services and natural processes. She said a river parkland corridor could connect Hagley Park to the coast. We must avoid buildings and road structures encroaching on natural waterway systems.

``As I have challenged the council for 20 years, the re-build of central city must be low-rise (tree height – around four storeys). They must have well-planted sites and surfaces, including green roofs, and piped runoff minimised through site management.’’

Lucas’s views have been endorsed by an eminent Japanese expert Kunie Sugio, an internationally respected landscape architect and vice-president of a major practice based in Tokyo.

Sugio said the concept behind the construction of Christchurch 160 years ago as the world’s most beautiful garden city (healthy and hygienic environment and a city of intelligence and culture).  Christchurch was the city where such concept was realised completely.

``The original town plan by Edward Jollie was rewritten repeatedly to become the final town plan of Christchurch.  Although large-scale reserves were taken out of the plan in that process, a system of green space including a substantial town belt, Hagley Park, Avon River, and squares was created. This inspired Frederick Law Olmsted who designed New York’s Central Park in 1858.

``I hope that the town plan of the new Christchurch will be built upon historical concepts, so that it will continue to be a model for city planning and landscape cities around the world.  At present, Japan is not in a situation for planning a disaster recovery, being troubled with the nuclear power plant problem and other issues.  However, it must be possible in New Zealand. ‘’

Lucas said there was a need to keep the heritage grid : its north-south view-shafts to the Port Hills and mountains; but could baffle the easterly in the east-west ones with greened corridors. As in Edward Jollie’s 1850 plan, Christchurch should again be a polycentric city, with a legible city centre surrounded by green spaces and well-linked to urban villages beyond including St Albans to the north (Edgeware and Merivale) and Sydenham in the south. Preferably people can live and work in their village. The corporate HQ need not be in the city centre for the centre can be a vital people hub in other ways.